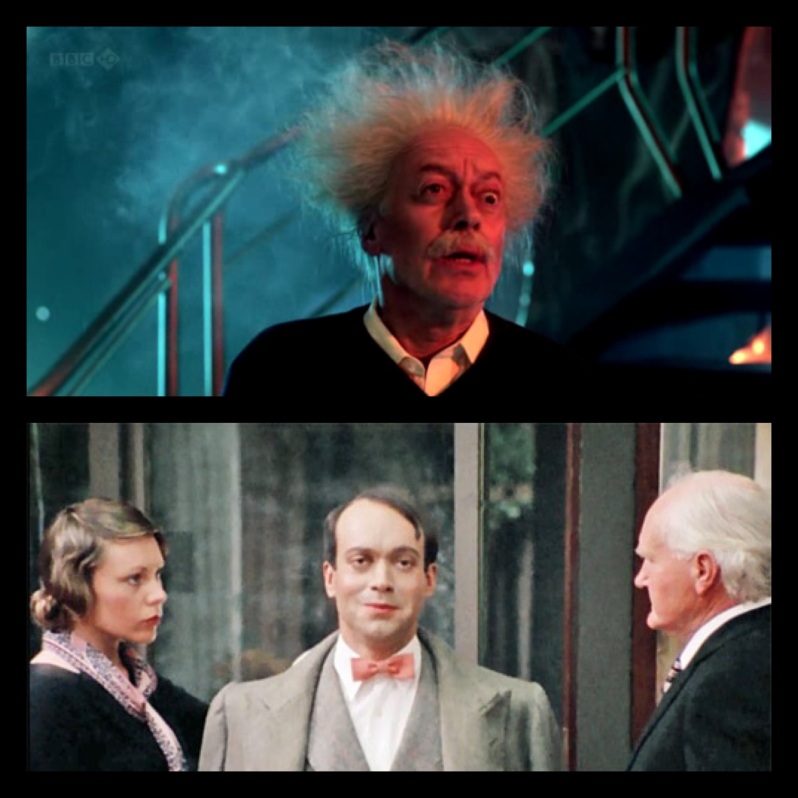 Most Memorable Role
“That’s always one of the worst questions. How do you choose? It’s either fulfillment or success. So when you can combine the two that’s marvellous.”
“Being asked to play the role of Anthony Blanche in Brideshead Revisited, changed my career because Brideshead was such a big hit. Antony Blanche was such an outrageous character. He was much larger than life. I was working with fantastic actors, a great producer called Derek Granger, and it was really down to him that it worked.
“An incredible cast, including, Gielgud, Olivier, Claire Bloom, Jeremy Irons, and Anthony Andrews. That changed my career, and people came started coming to me with offers. Which was fantastic. Then another performance that I felt at home, and in which I felt I accomplished something, was playing Mozart in Amadeus. That came out of Brideshead. I played Mozart opposite Frank Finlay as Salieriat in the West End. It was so fulfilling and I knew I could carry it off. Peter Shaffer was very flattering, and said yes ‘I think you are probably my Mozart’. That was great.
“In 1986 I was asked to play Lorca in the Spanish film TV series about Federico García Lorca, a famous Spanish poet. He was assassinated under Franco. Hear was the irony, to play this guy in a Spanish movie not knowing any Spanish, and having failed Spanish A level.
“At first they said ‘Don’t worry you can do it in English, and we will dub you’. So I did as much homework as I could. Day 1 we are on the film set and the wonderful director, Juan Antonio Bardem, and Javier Bardem’s uncle, asked if I could say my lines in Spanish as it was better for the dubbing, and I was like ‘Well, I can’t’. And he said ‘You try, you try’. So from then on I tried to learn as much as I could in Spanish. Playing Lorca was amazing.”

On Directing
“There was a wonderful organisation now long gone called the British Theatre Association and they owned two buildings in Fitzroy Square. Can you imagine what they are worth now? It was founded by George Bernard Shaw and Harley Granville-Barker, and it was a link between professional and amateur theatre. They would do summer courses for students to learn about acting. The teachers from the major drama schools would come and do voice and movement with us.”
“Then the BTA asked me in 1965 if I would direct the British entry for the Inter drama Festival in Berlin. So I directed my first play, Tobias and the Angel. I knew immediately that I liked directing, and I was 17. The play won the festival.
“Then 3 years later, in 1968, when I was at Central they asked me to direct the next British entry. .They didn’t want to release me from Central because it was term time, eventually they did, so being ‘big headed Nickolas Grace’, I adapted three plays by WB Yeats and called it The Hawk’s Well , and put it in at The Mercury theatre in Notting Hill Gate, which is now Charles Harts home. We then took it to Berlin and had another great time. So I have always enjoyed directing ever since.”

Stage, Screen or Directing?
“Teaching. I do think we should give back. I was lucky enough to have fantastic training at Central, so I do try and give back. I teach and direct at Central when I can, and also go up to Liverpool to teach at Paul McCartney’s drama school called LIPA (Liverpool Institute of Performing Arts). So I go up there when I can.”
“I’m a huge fan of his and he really does put his money where his mouth is. His old school, The Liverpool institute was derelict and was going to be knocked down. So he said ok I’ll do a deal with the council, I’ll save the building and renovate it. So he put a lot of money and restored the beautiful Victorian building, modern, and it’s expanding next door into the old art school. It’s a really good drama school. He goes at least once a term to work with the students. I’m very lucky because I get fulfilment from all my work. I do love filming because the camera can take you anywhere it says I’ve got you now and I’m taking you on this journey.
“I have attached myself to certain charities including theatrical charities. One of the other charities is The Place To Be, which looks after kids from broken or dysfunctional families. The Duchess of Cambridge has become patron which is great. They do a lot of good work.”