Producers these days are just getting younger and younger! Meet Elisabeth Verstraete aka MeaKulpa. At 18 years old, this Belgian producer has already been producing music since she was 12. Yes, 12! Already a talented individual, this lady deserves to go far! 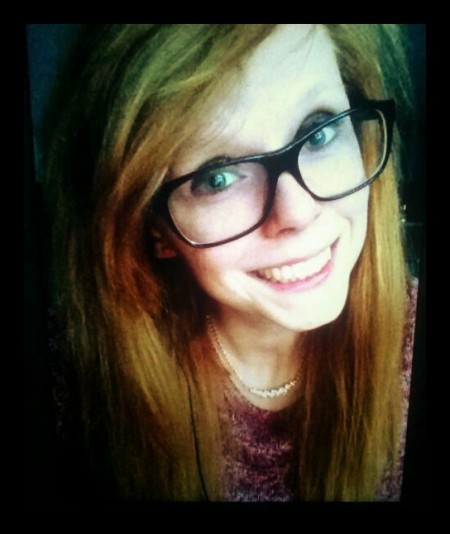 Elle: When did you start recording and producing?

MeaKulpa: Well , I started when I was about twelve years old. The only reason , back in the days, for me to produce was that not one single song was perfect to me. So I decided to make my own songs so I could make one that would be perfect. After a couple of weeks I really liked making my own music so I decided to continue with it.

Elle: Can you describe your music?

MeaKulpa: I like to produce music that would stay in people’s minds. I try to put so much emotions in each song so that the person who hears it is touched by my music. I like to use deep bass, oriental instruments and also strange voices.

Elle: Are you self taught?

MeaKulpa: Yes. All that I have learned about music is without the help of anyone. I’ve never been on YouTube to look at a tutorial. From the beginning ,when I was twelve, I have worked with FL Studio 9 everyday. Everyday I learn new things about FL Studio and about the techniques. My musical skills are becoming better everyday.

Elle: What kind of artists do you prefer to work with?

MeaKulpa: Artist that have the same interests as me and that have already produced chillstep , like me. But on the other side it would be very interesting to produce a song with somebody who has a lot of musical skills in another music genre, like Dubstep or Electro or Hardstyle or whatever. It would be awesome to combine the two genres into something new.

Elle: Whose your dream collaboration you would like to work with?

MeaKulpa: I would really like to work with Phaeleh or Enigma Dubz. Those two were my inspirations to make Chillstep. I’m a really huge fan of both. Maybe one day  it will happen. Well, probably not. But a girl can dream, right ?

Elle: How did you come up with the name “MeaKulpa?”

MeaKulpa: It was two years ago , I think. I was on vacation in Greece. When I was eating dinner with my parents and sister I decided to change my artistname. I talked about it with them but I had no clue which name I would pick. I really love greek and latin so I started to search with my dad some greek or latin words that I love. Then suddenly I came up with Mea Culpa. It is Latin for ‘my fault’. I really fell in love with it and decided to call myself MeaKulpa.

MeaKulpa: My typical work schedule ? I don’t think I have one. I just produce when I have time or when I feel like it . Mostly I grab some food and sit on my laptop a couple of hours. During the week I try to produce one or two hours a day. Now that I have bought a laptop I can make music everywhere. I’ll probably produce a lot of music when I’m on vacation.

Elle: Tell me about your newest venture?

MeaKulpa: I’m working on a Dubsteppish song for my cousin from Holland to sing on it . She is very talented. Charlotte Fisser. You should definetly check her out! And I’m also working on a new song, but I won’t say anything about it because it’s a surprise.

Elle: How has social networking benefited your work?

MeaKulpa: I only have two things: My laptop and FL Studio 10. I also have a keyboard but I alwasy forget to buy a midi cable for my laptop. In FL Studio 10 I work mostly with Massive. And for the drum sounds I have already bought a lot of music packs on Loopmasters and beatport sounds.

Elle: What other producers, songwriters and/or artists do you see as your primary inspirations?

MeaKulpa: In the beginning I was only interested in Dubstep. At that time my inspirations were DatSik, Excision, BadKlaat and Nero. I’ve never really been good at producing really filthy Dubstep because I like to make calm and relaxing music, such as Chillstep. Other artists that inspire me now are AK9 and Rameses B.

LABEL : Currently looking for one.
Genre : Ambient Dubstep and Trap