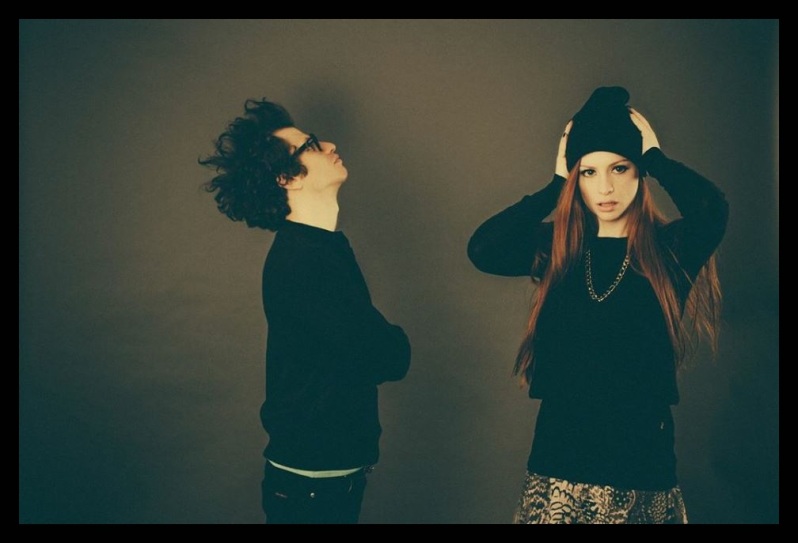 Who decided on the name ASTR?

we decided together after many lists of scribble and contemplation.  Astr comes from the greek goddess of the stars, Asteria – but also is relevant because the studio where we first worked together was near Astor Place in NYC.

How did you meet?

We met through a mutual friend who introduced us at a yoga studio in NYC. It took a few hangs to get to know each other and from there we started getting together at the studio and seeing what happened. It became pretty obvious we had a lot of similar musical taste so that made it things work out nicely.

Where does your passion/inspirations for music come from?

You never know where or how inspiration will come to you. Sometimes its music sometimes movies or photography. Every day in NYC there’s something you notice or something happens that can turn on a lightbulb. Being in the city is something we credit for shaping our songs and ideas.

And how did you get into music?

Our paths to where we both are now have been very different but we each were in bands before and we both have been writing on our before we met. But both of our families were, in one way or another, musical and that helped shape things quite a bit.

What kind of music did you use to listen to as teenagers (and be very truthful)?

ASTR have a unique and distinctive sound, where do you get your inspirations, sounds and ideas from and also how you would describe your sound?

Like a lot of musicians, our sound is mix of our influences. Subconsciously we mash up what we like and it just is what it is. We generally don’t think about the songs we write when we start them but just let the ideas happen the way they want to happen. We are inspired by tension, and struggle and victory. I think we write anthemic music that is both dark and triumphant at the same time.

When I first heard OPERATE back in April 2013, I instantly fell in love with your style, sound and I also believed I was the first person to play your track in the UK during my PhoenixFM show “The Fashion Zone”.  Who was behind your video and do you plan in making other videos from your Varsity EP?

We actually made that video ourselves with our friends.  Adam had collected a bunch of B-Movie and horror footage and that was cut up with footage we shot our friends basement. The goal was to create some sort of psychological thriller that was provocative. We are working on some new videos now so you will definitely see more soon but they will all be different stylistically.

How long did it take to complete your first EP entitled Varsity?

We weren’t consciously working on an ep. Over the last 2 years we had just been writing music and refining the songs we liked. Some we left behind, some just didn’t make it on the EP but we felt this batch of songs encapsulated the early period of us writing and the best songs of that chapter of ASTR.

How do you feel when you check out Soundcloud and see over 1.5 million listens to your Varsity EP?

It’s really great to know that people are listening – before we put any music out we wondered what the response would be and we are really glad people listened and liked our songs.

Where was your first live gig?

We played our first at Santos Party House back in June for Pop Shop, which is a night our would be label Neon Gold throws.

If you could collaborate with any artist, past or present, who would you choose and why?

Amy Winehouse because there is a depth to her writing and pain in her voice that would amount to something really deep. Or we would take shots and not get a damn thing done – that happens.

When producing music, what inspires you to make new tracks? Do you work at home, or do you have a studio space where you get into a creative mindset or is it something simple as in the shower or bath?

We just play around a find whatever feels good, sometimes we will hear something when we are out or we’ll listen to old records and get inspired from the vibe or some specific synth. We work out of a few studios but typically its better to work out a regular space that is comfortable. Writing is sometimes easy when it just comes fluidly. That’ always when the best stuff comes out. It’s real and under thought but sometimes you hit a wall and it takes forever to regain clear perspective. Thats when you might say no, this isn’t that good or worse, it IS that good and you’ve exhausted your enthusiasm for it. We have a few of those collecting dust in the pile.

Any new artists, you’ve been listening to recently which you recommend looking out for?

Rich Homie Quan had a big record in the states called Some Type Of Way – its dope. Some of his other songs are cool – he may not be known out in UK yet so check him out.

2014 is going to be a successful year for Astr.   You’re doing some live gigs this year in LA, Boston & UK. What are the dates & venues, you’ll be performing at?

We are playing Rickshaw Stop in San Francisco, Echoplex in LA and some other smaller cities. We want to do more in UK so bring us back, ok?

When you visit the UK, we would love to have you live on Phoenix FM for any interview.  What do you think?

Apart from touring, do you have any other projects lined up?

We have some collaborations we are lining up but it’s really 24/7 ASTR because we want to finish a full length this year. With all the other stuff that comes with touring and traveling it’s now becoming a bit more challenging to get in good work time in the studio.

Anything else, you wish to convey to your fans?